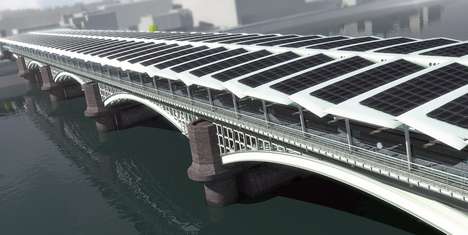 The worldwide dialogue on energy is one that's muddled by exaggerated statistics and divisive demagoguery, which explains why the public is so reticent to accept facts at face value. The 900,000kWh of electricity that the Blackfriars Bridge will generate every year, however, is impossible to refute. Developed by the engineering firm SolarCentury, the span crosses the Thames near St. Paul's Cathedral and accommodates train, pedestrian and vehicle traffic. Although the bridge has been standing since early 1869, it'll be revamped with 6,000m2 of PV panels, making Blackfriars Bridge the largest solar array in London and the largest solar bridge in the world!
0.7
Score
Popularity
Activity
Freshness
Jeremy Gutsche Keynote Speaker