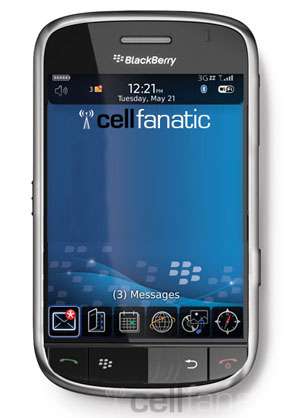 Spy Footage of the Blackberry Storm

Marissa Brassfield — October 4, 2008 — Tech
References: engadget
Share on Facebook Share on Twitter Share on LinkedIn Share on Pinterest
Spy footage of the touch-screen Blackberry Storm that is touted as the latest iPhone killer have been posted online. In the video, the Blackberry Storm's numerous features--mobile music, GPS, mobile browsing that rivals that of a desktop computer, streaming video, expandable memory, and the capability to do voice and data transmissions at the same time.

The Blackberry Storm spec sheet, a screenshot of which appears as the last image in this gallery, shows that the UK version of the smartphone will boast 1GB of internal memory plus a MicroSD slot for up to 8GB more, 7.2Mpbs of HSDPA connectivity, a 3.2MP camera, and--get this, iPhone users--the Blackberry Storm has the ability to record video.

We're still not sure when the Blackberry Storm will come out in the United States, but one thing's for sure: Theirs will be an exclusive partnership with Verizon.
3.8
Score
Popularity
Activity
Freshness
Attend Future Festival