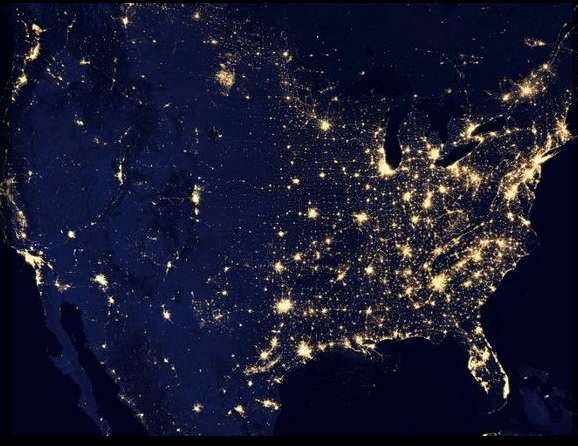 These Black Marble Images Were Recently Released by NASA

The photos themselves were taken using a technology called Visible Infrared Imaging Radiometer Suite (VIIRS). It took 312 orbits around the Earth for the device to get clear photos. These Black Marble images were taken from a nine day “Earth photoshoot” in April of 2012 and another 13 days of photos in October.

The map shown is a composite of data and images gathered by the device in space and pieced together to create one view of the entire world. You can see some countries are illuminated more than others.