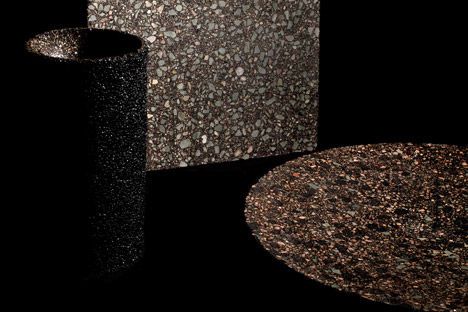 The Black Gold Collection Sees the Hidden Potential of Petroleum

Asphalt, a form of petroleum, is combined with rock fragments to create tarmac, a material most frequently used for roads and pavement. Kropholler explains, "Asphalt is a ubiquitous material in our urban fabric. It is everywhere, but since it is only regarded in purely functional terms its potential remains unseen."

Kropholler's collection urges viewers to take a second look; where we once saw only utility, we might now see beauty. Kropholler cast each object in steel moulds heated to 180 degrees centigrade. He then pressed and binded the material into its final form.
2.9
Score
Popularity
Activity
Freshness
Get Trend Hunter Dashboard