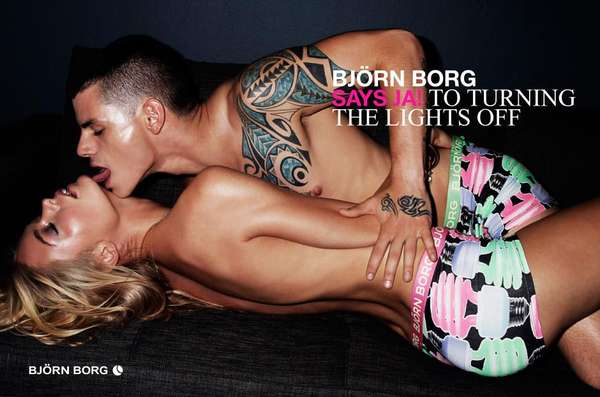 The Bjorn Borg SS 2012 Collection is Sultry and Sporty

Sophia Pelka — March 27, 2012 — Naughty
References: cms.bjornborg & fashionising
The Bjorn Borg SS 2012 lookbook is a sultry display of affection and luxury underwear. The line is influenced by sports and sporting apparel, focusing on high quality and modern design. This season's line favors neons, brights and a reflective light bulb pattern for both him and her. The series comes in the classic cuts such as the mini-short, the hot pants and the short-shorts.

Bjorn Borg is a Swedish company which aims at bringing colorful undergarments to international attention. The company drives a campaign known as Swedish Exports, in which fans and customers take a photo of themselves rocking out in their favorite pair of Bjorn Borg undies. The playful company has recently stepped into the manufacturing of their own shoes and accessories for women.

The Bjorn Borg SS 2012 will get you going and dare you to turn the lights off.