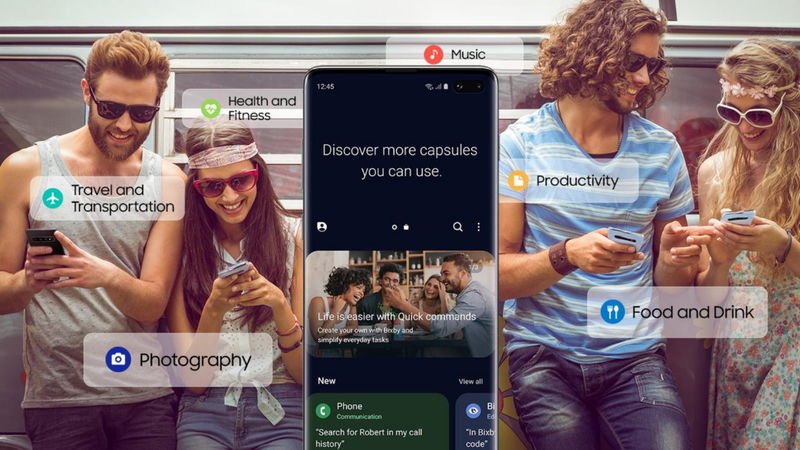 Daniel Johnson — July 3, 2019 — Tech
References: news.samsung & techcrunch
Share on Facebook Share on Twitter Share on LinkedIn Share on Pinterest
Bixby is a virtual smart assistant on Samsung devices, and recently it was announced the company will be launching Bixby Marketplace. The company has been looking to add third-party integration to the platform, this was done in an attempt to make its platform unique. Third-party integration was announced this previous November when Samsung announced Bixby Developer Studio. Since then the developers have been working on the platform.

Bixby Marketplace is now available to users in the U.S as well as Spain. Users now have access to apps like Google Maps, Spotify, iHeartRadio, NPR and Yelp. More apps are set to come to the platform as more businesses make services available. Bixby will have a broad reach, as it will be available across Samsung devices, and may be released on Samsung TVs.