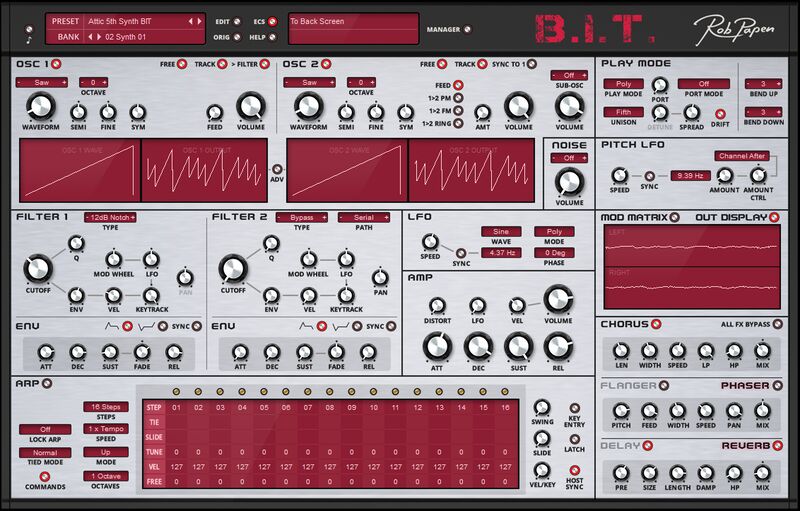 Anton Schefter — December 15, 2020 — Tech
References: robpapen
Share on Facebook Share on Twitter Share on LinkedIn Share on Pinterest
Rob Papen's BIT—standing for "Back In Time" and "Be Inspired Today," is a unique digital synthesizer in the Rob Papen product line, which employs an Analogue Modeled Synthesis engine that offers a traditional form and function all within a modern plug-in.

Minimally designed with a silver and red-accented graphic interface, the BIT synthesizer centers on an accessible authentic analog experience while producing in-the-box. BIT's operation opts for periodic waveforms and modular connections that adhere to the classic analog modeled hardware, while deviating from typical hybrid synthesizers by striping back functions such as spectrum waveforms and samples,

Staying true to the hardware style, Rob Papen included both a Modulation Matrix as a virtual alternative to manual cable patching and a fully-featured arpeggiator for sequencing various features throughout. As with other Rob Papen plug-ins, BIT also includes an impressive effects section to expand the inbuilt capabilities.