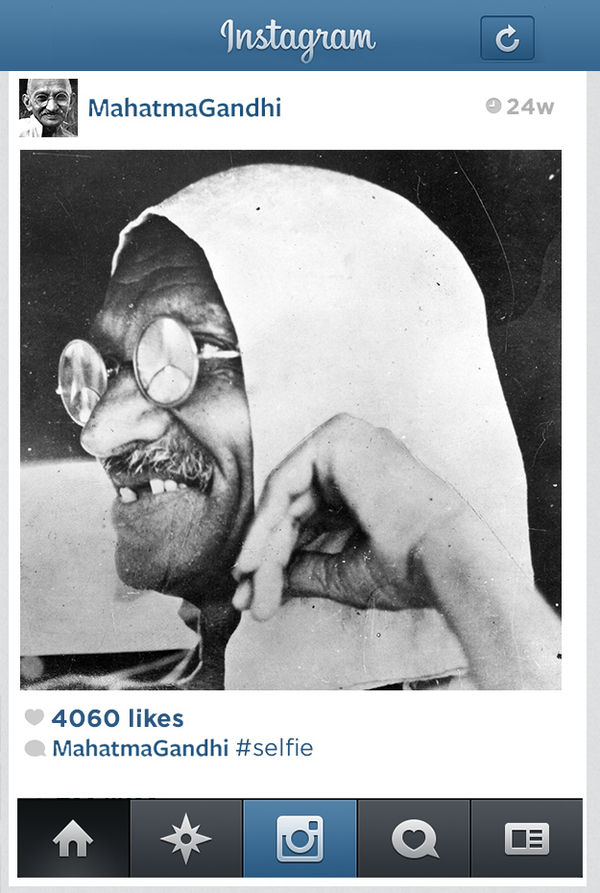 The fake instagram pictures depict a variety of important historical events, including his fasting and meeting with important figures. In true social media fashion, humorous hashtags are included. It appears Gandhi would have observed Instatrends like selfies and Throw Back Thursday. The vast majority of photos are in black in white, which might have to do with the technology at the time when we has alive, or shows a preference for Willow and Inkwell filters.

In honor of the birthday of Mahatma Gandhi, it's worth considering ways we can all be the change we wish to see in the world.
4.2
Score
Popularity
Activity
Freshness
View Innovation Webinars