The Future of Home Cleaning
Next
Set of
Related
Ideas 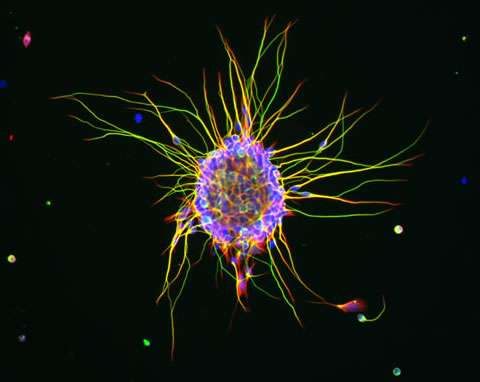 Jeremy Gutsche — July 19, 2006 — Science
References: wellcome.ac.uk & neatorama
If you want to be inspired by very cool organic imagery, check out the 2006 Biomedical Image Awards. According to the website, the image shown, is "a cluster of special nerve cells called cerebellar granule cells, growing in culture. These cells naturally gather together, and when placed in a culture dish covered in a particular protein, they start sending out long projections (yellow/green) as they would in the developing brain."