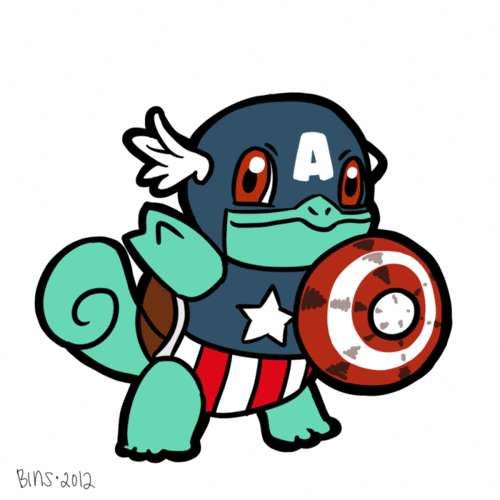 Jason Soy — May 10, 2012 — Pop Culture
References: binsbilyas.tumblr & blog.thaeger
Share on Facebook Share on Twitter Share on LinkedIn Share on Pinterest
Growing up in the ‘90s and early 2000s, every boy was obsessed with superheroes and pokemon, and artist Binsbilyas wanted to celebrate people’s affinity for those two things by mashing them together to create these remixed gif images. Dressing memorable pocket monsters like Squirtle, Charmander and Bulbasaur in costumes belonging to Captain America, Iron Man and Hulk, Binsbilyas crafted highly nostalgic fan art that’s sure to bring joy to fans of either geeky interests. Simply put, no one is too old for comic books or Pokemon.

Binsbilyas, who’s based in the Philippines, is an illustrator and superhero aficionado. He has garnered quite a considerable following through his Tumblr page, which features an eclectic mix of cutely drawn cartoons.