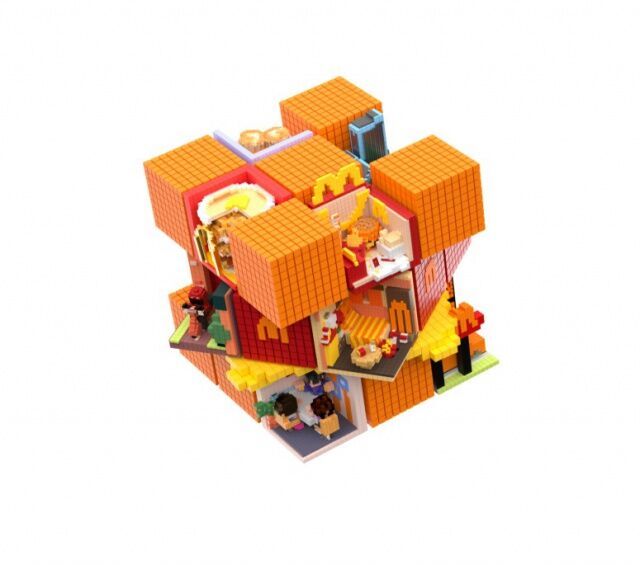 Niko Pajkovic — October 12, 2021 — Tech
References: mcdonalds.cn & cryptonewmedia.press
Share on Facebook Share on Twitter Share on LinkedIn Share on Pinterest
McDonald's China appears to be the next major fast-food chain to hop aboard the NFT bandwagon, launching its very own NFT dubbed the 'Big Mac Rubik's Cube.' According to the company, the launch is, in part, a commemorative nod to McDonald's 31st anniversary in China.

In addition, the new NFT launch coincides with the opening of the chain's newest headquarters on the west bank of Shanghai. As for the actual NFT piece, the 'Big Mac Rubik's Cube' is a 3D, digital token inspired by the architecture and design of the new Shanghai-based headquarters. Of course, the cube comes in a red, orange, and yellow colorway to match the brand's iconic logo.

According to the company, McDonald's China will release 188 of the 'Big Mac Rubik's Cube' NFTs. "At this special moment, we use the form of NFT to share McDonald’s innovation, digitalization and trend art with employees and consumers.”, said Zhang Jiayin, CEO of McDonald’s China.