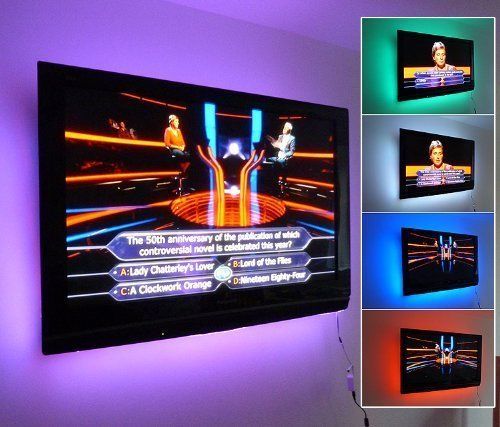 Joey Haar — July 28, 2016 — Tech
References: amazon & deals.kinja
Share on Facebook Share on Twitter Share on LinkedIn Share on Pinterest
Bias lighting is a method of reducing eye fatigue for people who spend a lot of time looking at screens, be they computer monitors or TV screens. When watching screens, especially screens in darkened rooms, people's eyes have trouble compensating for one bright spot in an otherwise dark space, and they become fatigued. The Vansky 'Bias Light' is an LED strip that connects to the back of a monitor and illuminates the space behind the screen when the screen is turned on, balancing the light in a room and reducing eye stress.

Skeptics might assert that having a bright light on during screen watching will create glare that ruins the viewing experience, however, since the Vansky Bias Light attaches to the back of a screen, the light it emits doesn't cause any glare. In fact, with a more brightly lit posterior, screens actually have a higher perceived dynamic range and contrast.
0.6
Score
Popularity
Activity
Freshness
Get Trend Hunter Dashboard