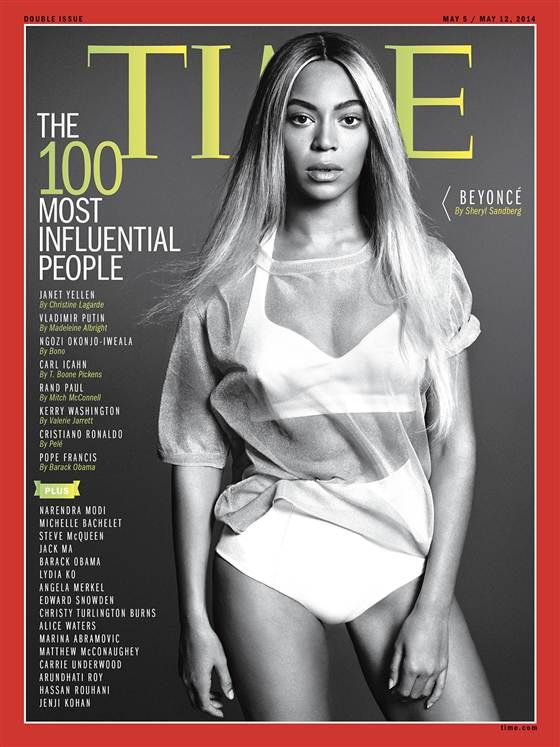 The Beyonce TIME Cover Solidifies the Superstar as Powerful Royalty

Farida Helmy — April 24, 2014 — Pop Culture
References: time & today
Queen Bey has done it again: the superstar has taken it to another level, this time with her Beyonce TIME cover.

Chosen in TIME magazine’s recently unveiled 11th annual “Time 100 Most Influential People in the World” issue, not only did Beyonce Knowles-Carter make it on the list, she took on the cover of this epic magazine issue.

Every year, TIME magazine puts together its popular “Time 100 Most Influential People in the World” issue, which is always a big deal in the world of music, movies, politics, tech and social issues.

This year, the Beyonce TIME cover makes a statement because out of all the people on the list, they chose her. On the inside are power players like actor Robert Redford, NBA player Jason Collins, General Motors CEO Mary Barra, Amazon founder and The Washington Post owner Jeff Bezos, Japan’s Prime Minister Shinzo Abe, Pope Francis and Russian President Vladimir Putin.

But as Beyoncé says, girls “run the world.”