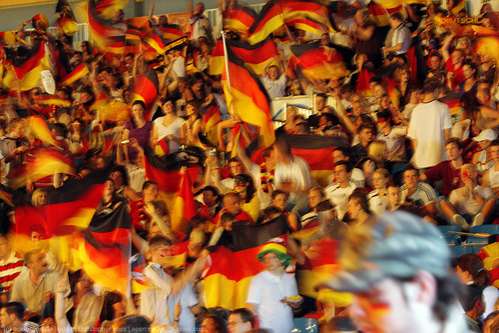 Bianca — June 30, 2008 — Lifestyle
References: flickr
The best photographs of the Europe 2008 soccer championships, which came to an end today after Spain defeated Germany 1-0, were not taken by professional sports photographers, but by members of the global Flickr community.

The social photo sharing site has had a huge impact on the photography industry and many cutting edge media companies are catching on, sourcing people's Flickr portfolios instead. Not only does this give them a wider range of images to choose from, but it also saves them thousands of dollars which they used to spend on staff photographers.