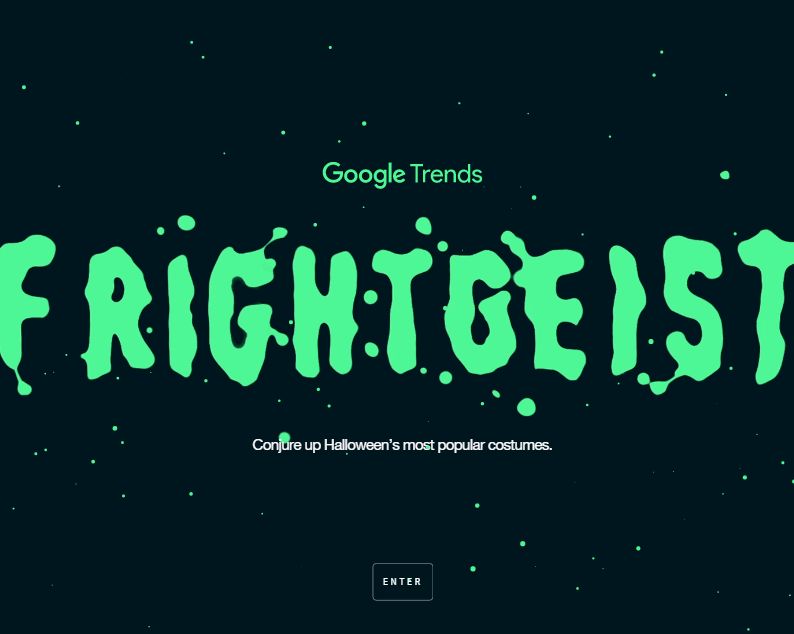 Users who already have a costume in mind can also input their idea and have it analyzed using Google's search data. Frightgeist tells Halloween costume searchers the national rank of their costume and how likely they are to see another person dressed the same on Halloween night. Finally, the Google app lets users pull up a random Halloween costume in case they're out of ideas.

This year, with the power of big data behind them, revelers everywhere will be wearing their best Halloween costumes ever.
6.1
Score
Popularity
Activity
Freshness
Get the 2021 Trend Report FREE