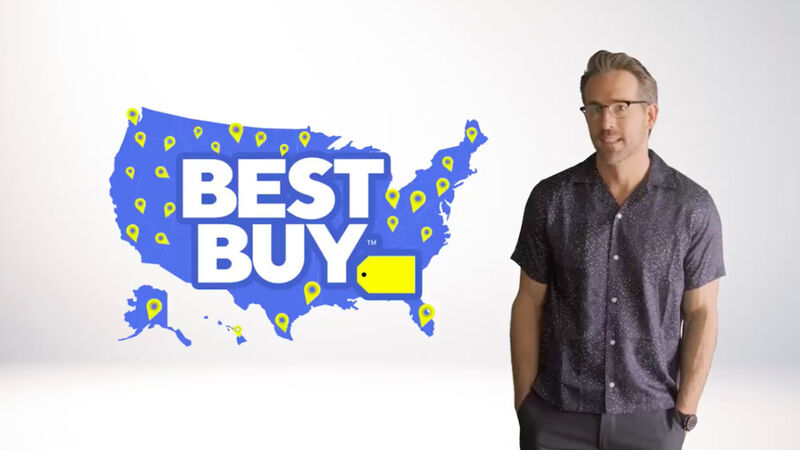 Ellen Smith — December 1, 2020 — Pop Culture
References: mintmobile & adweek
Share on Facebook Share on Twitter Share on LinkedIn Share on Pinterest
Ryan Reynolds stars in Best Buy's latest ad, which references the rejection letter he received from the electronics company in the 90s. in the ad, the actor is seen standing against a simple white backdrop, announcing the exciting news that Mint Mobile is now available in over 1,000 Best Buy locations throughout the United States.

As the ad closes, Reynolds reveals that Best Buy rejected his application for the Geek Squad in the 90s. Taking on a more humorous and playful tone, the ad pivots as Reynolds finally forgives the electronics brand. After being posted to Twitter, Best Buy offered the actor an honorary Geek Squad badge, creating a wholesome viral moment for both parties.