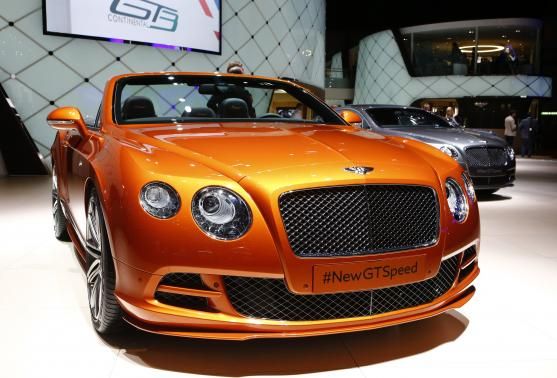 Farida Helmy — March 24, 2014 — Autos
References: bentleymotors & uk.reuters
Get ready to feel the power of the notorious Bentley engine in new Volkswagen cars by the end of this year.

The Britain-based luxury car maker Bentley Motors will produce 9,000 W12 engines for its parent company Volkswagen, giving it the edge of a racing pedigree Bentley engine.

This recent new endeavor will reinforce Bentley Motors as the world’s largest producer of 12 cylinder engines and have the car-maker company exporting engines for the first time in its history.

“This is an important step, not just for Bentley but also for the UK manufacturing sector. This W12 Centre of Excellence is recognition of the long-standing engine manufacturing expertise we have that has resulted in performance improvements across the model ranges over recent years," says Wolfgang Schreiber, chairman and chief executive of Bentley Motors.
0.8
Score
Popularity
Activity
Freshness