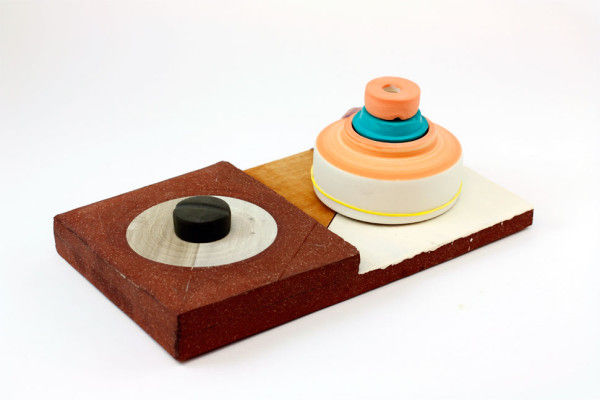 Meghan Young — January 24, 2014 — Art & Design
References: bfiess & trendland
Share on Facebook Share on Twitter Share on LinkedIn Share on Pinterest
The work of Benjamin Fiess, an American industrial designer based in Minnesota, is both curious and eccentric. Working predominantly with ceramics, which happens to be his focus while studying at Indiana Univerity, Benjamin Fiess has managed to create objects that pique people's imaginations as much as they fulfill practical obligations.

From containers to stools and more abstract products, Benjamin Fiess' creations could easily be displayed solely for decorative purposes. By mixing the porcelain materials with other mediums such as wood, iron and felt, he manages to introduce a lot of color and texture into living spaces. It is these elements that help to serve a grander purpose in the home or office. Constantly exploring and experimenting, Benjamin Fiess is also beginning to dabble textiles and clothing.
2
Score
Popularity
Activity
Freshness
Attend Future Festival