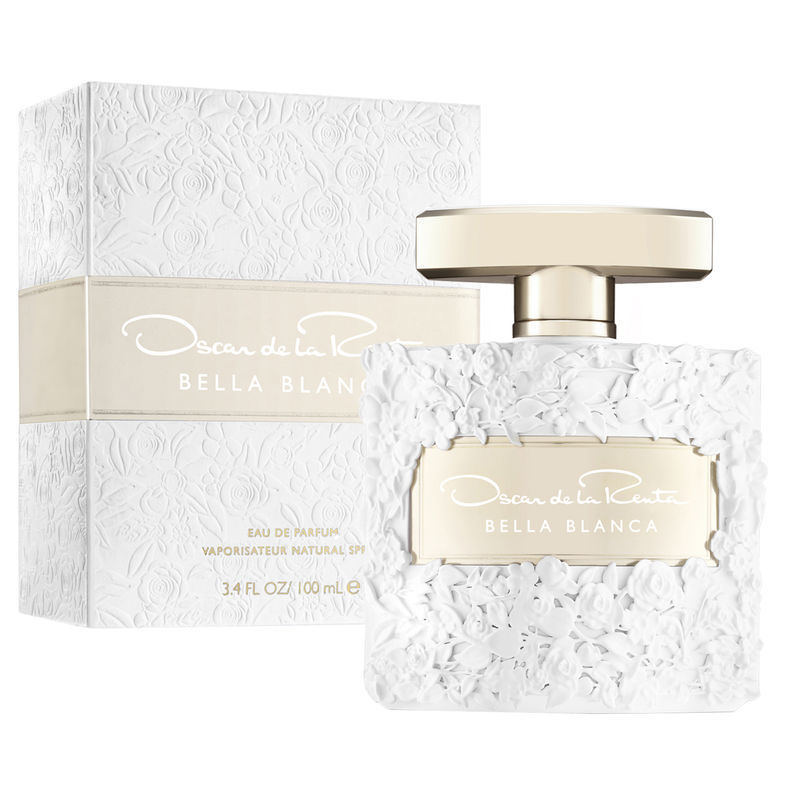 The fragrance comes packaged in a stunning white and gold bottle, with the vast majority of it covered in detailed flowers that pop out from the surface. The fashion designer's name is included on the gold plate that's included on the front in sleek cursive lettering, while the name of the fragrance is shown below in bold sans serif lettering.