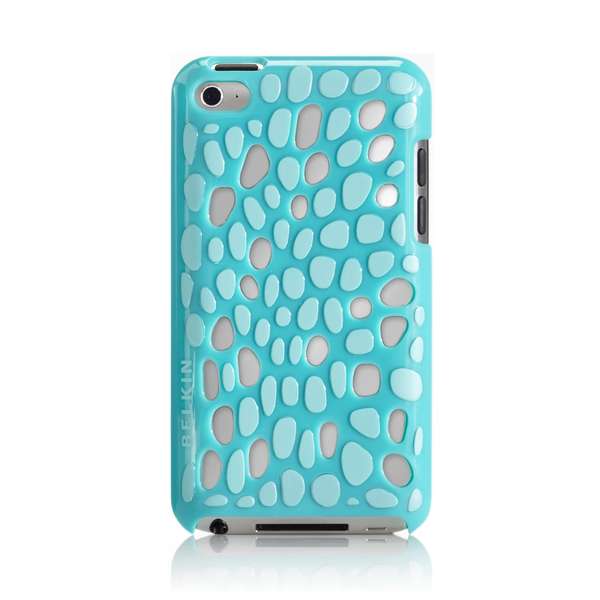 Tiana Reid — October 10, 2011 — Tech
References: belkin & geeksugar
Share on Facebook Share on Twitter Share on LinkedIn Share on Pinterest
Tech company Belkin recently unveiled a stacked release of cases for the new iPhone 4S and the new iPod Touch -- 19 to be exact. Many of them carry a coral reef influence thanks to organic designs, nature-like colors and perforated patterns. If you're the simple type, however, they're not all flashy. Sober blacks and silvers also make an appearance in Belkin's release.

Technology-related releases often come in three consumer stages. Firstly, the anticipation. Secondly, the actual release. Lastly, the release of anything and everything related and fit to pimp out the product itself. Despite the disappointment of many who were waiting for the iPhone 5, Belkin had its manufacturing ready and set to go. All of the cases will be available to buy in October.

Check out 10 of Belkin's releases in the featured gallery, and the other nine through Belkin's website.
4
Score
Popularity
Activity
Freshness
View Innovation Webinars