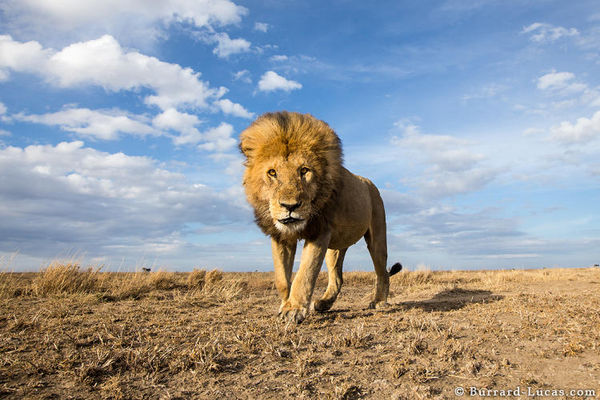 The BeetleCam Project by William Burrard-Lucas is Reliant on Technology

Meghan Young — March 31, 2014 — Fashion
References: burrard-lucas & fastcoexist
Share on Facebook Share on Twitter Share on LinkedIn Share on Pinterest
The BeetleCam Project by William Burrard-Lucas, a professional wildlife photographer from the United Kingdom, uses robotic cameras to capture stunning closeups of a pride of lions from its gloriously maned leader to its protective females and adorable cubs. Although not necessarily dangerous unless provoked, the foreign nature of a photographer could easily trigger a defensive response from such animals, hence the use of robots.

After experimenting on a 2009 trip in Tanzania photographing elephants and buffalo, the BeetleCam Project by William Burrard-Lucas was officially born two years later. Since then, the British photographer has released his striking images, giving his fans a glimpse into the lives of African lions in a way that is not often documented. Earlier in March he announced the latest BeetleCam model. It will be exciting to see what he captures with that.
5.8
Score
Popularity
Activity
Freshness
Get Better and Faster