Beer Can Architecture
Next
Set of
Related
Ideas 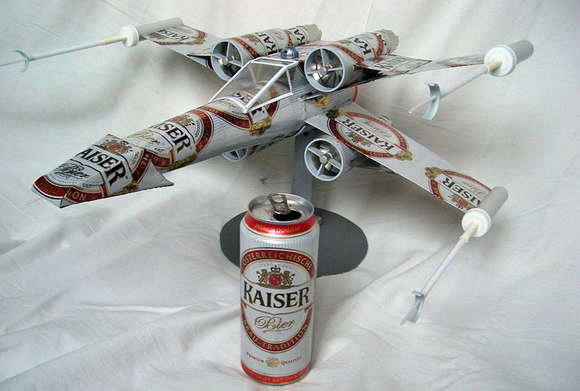 This spacecraft sculpture was made almost entirely out of recycled beer cans as well as a few other pieces to make it look as close to the original as possible. While he maintains the appearance of the Kaiser cans and doesn't conceal their labels at all, Tamás Kánya created a pretty realistic looking fighter jet that even has a miniature R2D2 head sticking out of the top as a nice finishing touch. He manipulates the beer cans, folding some into a nose shape, flattening other to create the wings and leaving one completely whole in the center.

The Beer Can Model Fighter is a Sci-Fi and beer lover's dream.
2.4
Score
Popularity
Activity
Freshness