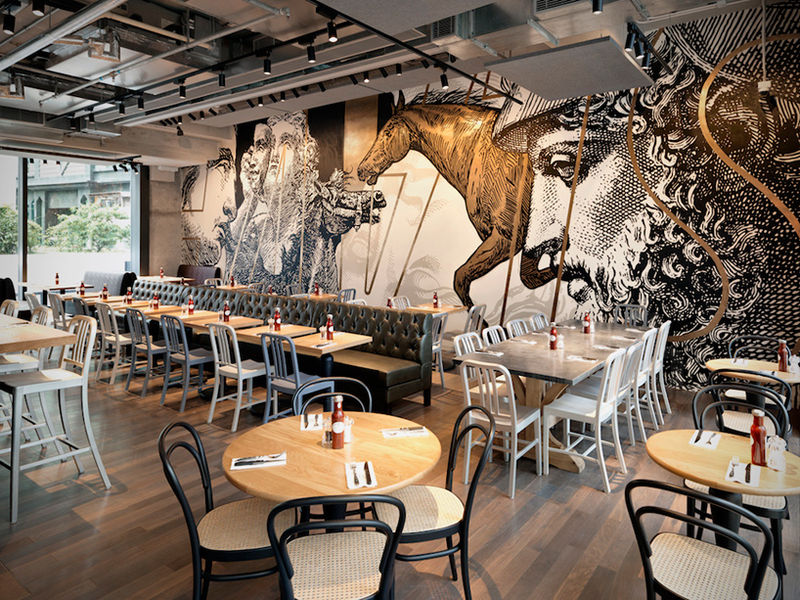 Jamie Danielle Munro — September 6, 2014 — Art & Design
References: spinoff.cc & designboom
Share on Facebook Share on Twitter Share on LinkedIn Share on Pinterest
Beef & Liberty is a restaurant in Hong Kong, which recently underwent a bit of a facelift regarding the interior. The artist Cyrcle was brought in to add some life to the walls, and he certainly did by taking inspiration from times gone by.

The resulting artwork looks like something one would see while walking through Roman or Greek castles, as the features include horses ready for battle, and soldiers nearby. However, the soldiers appear more like statues than lifelike representations.

The design studio Spinoff was also involved in the update to the interior, and far other details the team used quite a rustic look. Overall the restaurant looks quite chic, and speaks to people who like good food combined with interesting interior design aesthetics.

Geometrically Painted Restaurants
The 18.13 Restaurant by Arkham Plays with the Space