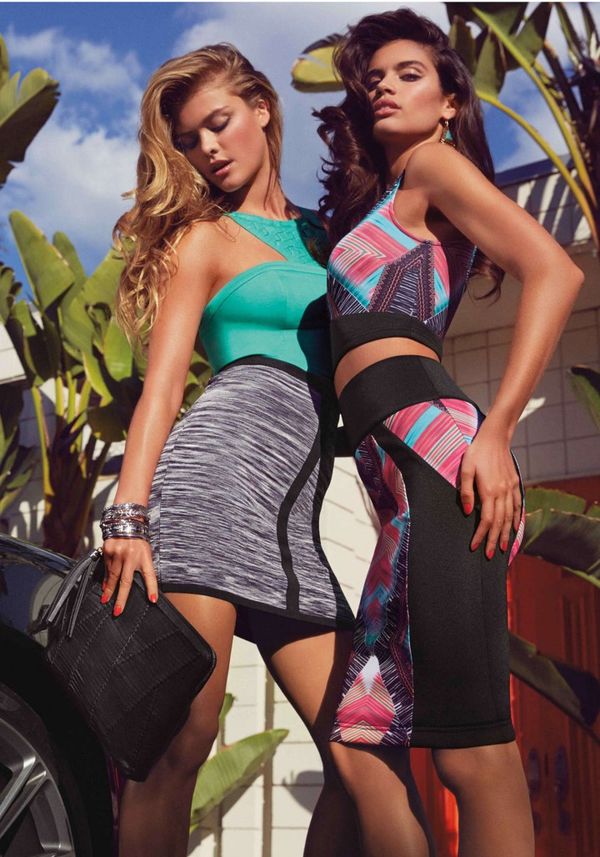 Meghan Young — March 21, 2014 — Fashion
References: bebe & fashiongonerogue
Share on Facebook Share on Twitter Share on LinkedIn Share on Pinterest
The looks featured throughout the Bebe Spring 2014 style book are exactly what one would expect to find while strolling through the streets of Miami, Florida, where they were shot. Clad in formfitting mini dresses that are made for beach city bombshells, the outfits are full of sexy details and bright colors.

Starring models Nina Agdal and Sara Sampaio, the latter of whom was named Swimsuit Rookie of the Year by Sports Illustrated and the first who covered the issue, the Bebe Spring 2014 style book is certainly at the top of its game. Shot by the pool, against equally colorful backdrops and even at night, the blonde and brunette beauties showcases bright patterns, tassels, cutouts, jumpsuits and more. It will be a sexy summer.
5.9
Score
Popularity
Activity
Freshness
Attend Future Festival

Exclusively Educated Model Lookbooks
Models for the Betabrand Spring Collection All Have Ph.Ds