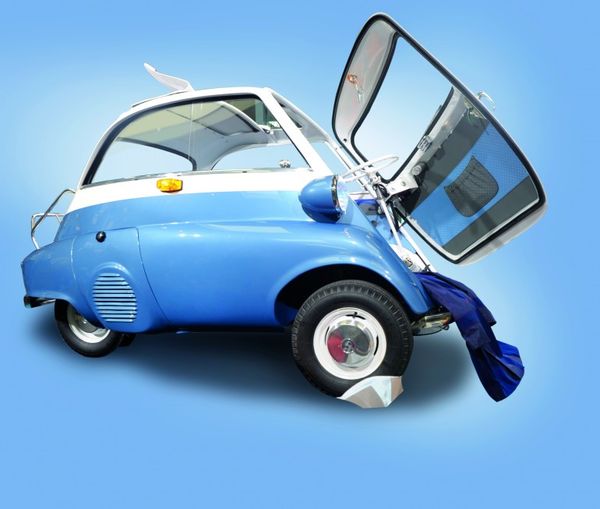 The BASF Mysetta is an Updated Version of BMW's Iconic Isetta

Michael Hines — October 31, 2013 — Autos
References: basf & gizmag
The BASF Mysetta is an updated version of the iconic BMW Isetta. BASF, the German chemical company, decided to show the world just what it can do when it comes to cars. The Mysetta has been given an update with regards to its interior and exterior, but the most charming aspects of the bubble car have remained intact.

The BASF Mysetta is still powered by its one-cylinder engine and has the same bubbly body as the Isetta. However, the exterior was given a fresh paint job and the seats were swapped in favor of colorful polyurethane foam ones. An entertainment system featuring speakers and a movie projector was also added. The BASF Mysetta joins the 1865 Concept Electric Velocipede as the latest awesome attention-drawing creation from the company.
4
Score
Popularity
Activity
Freshness