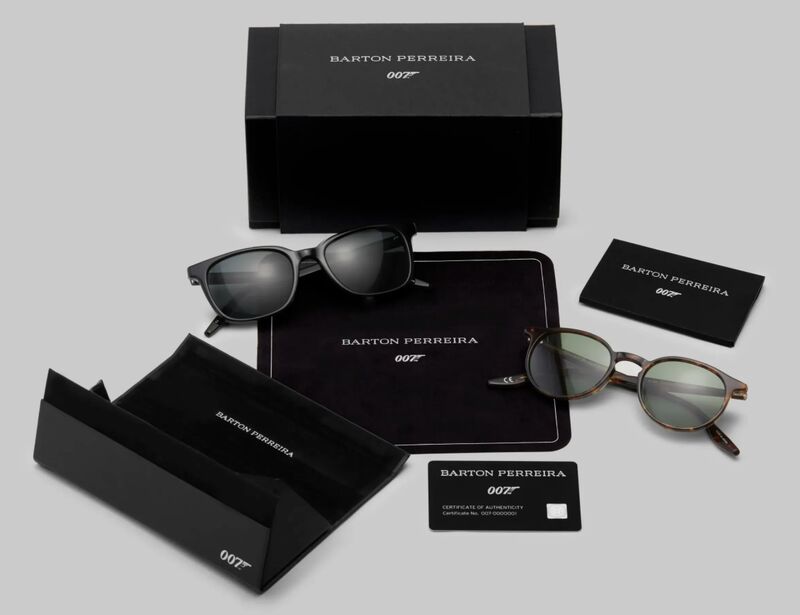 Riley von Niessen — September 8, 2020 — Fashion
References: fashioneyewear
Share on Facebook Share on Twitter Share on LinkedIn Share on Pinterest
Barton Perreira, a luxury eyewear label founded by Bill Barton and Patty Perreira, has unveiled three new frames that take their inspiration from 'No Time to Die,' the latest addition to the James Bond series that's set for release in November 2020.

The three frames include 007 inscriptions, come packed in a limited edition 007 box and case, and even include an authenticity card—making them a great collector's item for James Bond fans. In honor of the franchise, Barton Perreira names each frame after the film's leading men, 'Joe', 'Norton' and 'Courtier.' Throughout 'No Time to Die,' these characters can all be spotted sporting the sunglasses.

Patty Perreira spoke to the release, stating, "We’re thrilled to integrate the Barton Perreira brand into such an iconic franchise and are excited for viewers to not only see the collection come to life in the film, but to also have the opportunity to purchase the styles. James Bond embodies many things Barton Perreira represents–style, innovation, design and affinity for high quality luxury items – and we’re proud to see him in our frames."