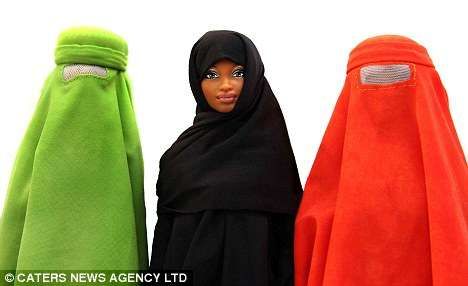 Mattel 'Save the Children' Barbies Have Traditional Makeovers

The Barbie doll collection celebrates many cultures from around the world and the proceeds of the auction will
raise funds for the Save the Children charity; Rewrite the Future campaign -  which helps millions of children around the world effected by conflict.

The Burka Barbie doll was designed by the Italian designer Eliana Lorena and features Barbie wearing three styles and colours: lime and vermilion - with screen covers over the eyes -- and black, with a Hijab.

In 2003, NewBoy started marketing a Barbie-like doll named Fulla. She was designed to promote Muslim values and be a role model for Muslim girls. Barbie was and is targeted to American girls and Burka Barbie doesn’t fit into the picture.
There have been a lot of negative responses to this doll and some find her oppressive to women.
5.3
Score
Popularity
Activity
Freshness
Get Better and Faster