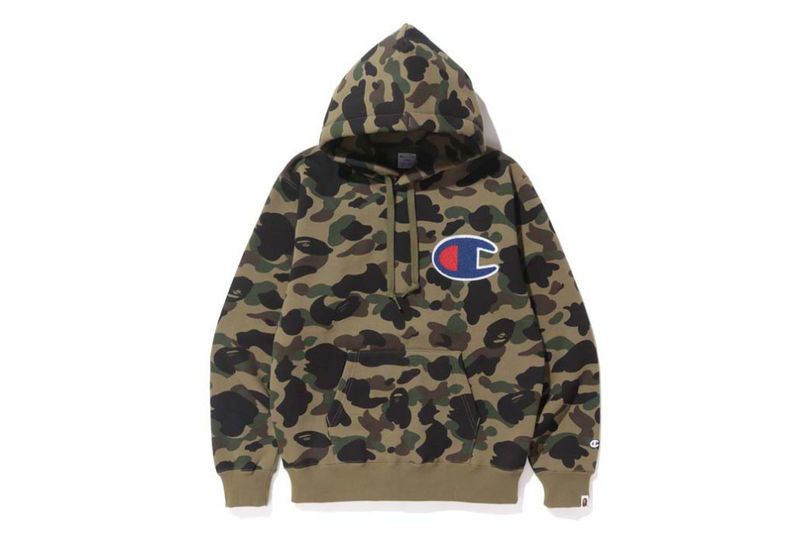 The BAPE Champion Collection Features Statement Branding from Both

Riley von Niessen — October 24, 2016 — Fashion
References: bape & hypebeast
Share on Facebook Share on Twitter Share on LinkedIn Share on Pinterest
Just a short while ago, Japanese label A Bathing Ape released a collaborative series with Coca-Cola, as well as another with Monster Strike and a selection that featured Halloween-ready Frankenstein graphics -- now, it's back with a BAPE Champion line.

In joining forces with the American sportswear giant, the Japanese label combines its well-known logo with that of Champion, decorating hoodies, jackets, crewnecks and more with both. In addition to this, the BAPE Champion collection makes a prominent use of camouflage prints -- something that the Japanese label has largely associated itself with over the years.

By implementing Champion's expertise, the casual clothing is made with a high-quality construction that's sure to last for years to come. Those looking to pick up some of the pieces will have access to them online and in stores at the end of October.
5
Score
Popularity
Activity
Freshness
Get the 2023 Trend Report FREE