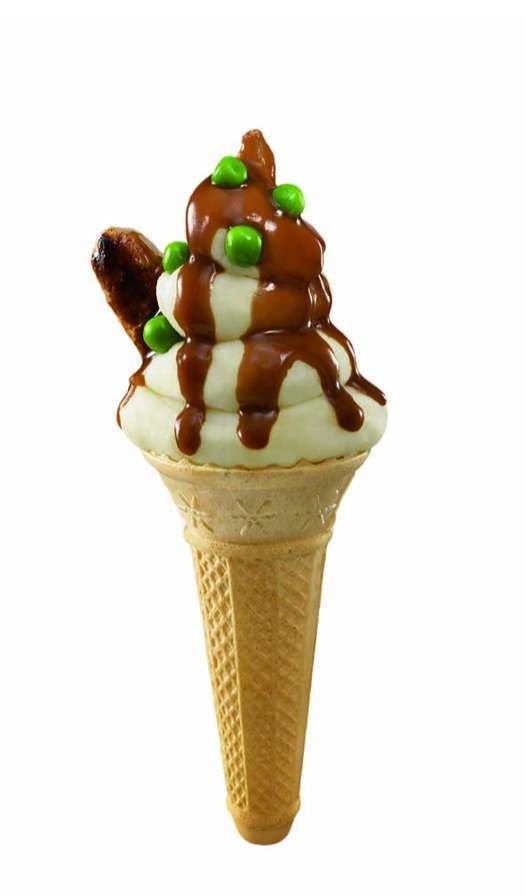 It may look like a 99 Flake from afar, but it's just the latest sign of the British adapting eating habits due to increasingly cold summers. Aunt Bessie's is breathing new life into the fortunes of the ice cream van by offering cones filled with creamy mashed potatoes and a banger (sausage) topped with gravy and a sprinkling of garden peas.

The all year round snack solution is in response to predictions from the Met Office that we can continue to expect increasingly wetter summers. Last year's weather was largely responsible for a massive 6.6% drop in ice cream sales in 2007 . By comparison sales of unseasonable comfort food soared during the wettest English summer for 200 years. During their peak in the 1960's, there were 20,000 ice cream vans in the UK, at present there approximately just 5,000 , but the Mash Van is one new way we can continue to hear their familiar chimes in our local streets.

Rain or shine, Aunt Bessie's Mash Van will be touring key cities in the UK during April and with a nostalgic nod to the original attire of the early ice cream van men, customers will be served by a Mash Van Man dressed in traditional white coat, hat and bow tie.

UK Newspaper who said it was horrible are now being really nice about it in a very funny online apology you can see here;