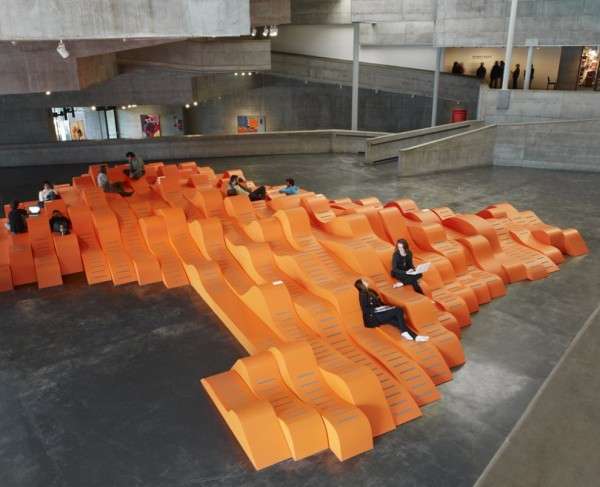 BAMscape by Faulders Studio Fosters Social Interaction in a Museum

Meghan Young — August 6, 2011 — Art & Design
References: faulders-studio & vectroave
Share on Facebook Share on Twitter Share on LinkedIn Share on Pinterest
Although made for an obviously practical purpose, the BAMscape by Faulders Studio can easily be considered an art installation as well. In fact, it is pretty much a combination between the two. Commissioned by the Berkeley Art Museum and the Pacific Film Archive, it will act as the new centerpiece within its central atrium gallery.

Big and bright, BAMscape by Faulders Studio is a free-form public seating area that merges disciplines of art, architecture and furniture. As an open site for lounging, film screenings, live performance and other multimedia events, it embraces and encourages the museum's focus on providing diverse event programming.