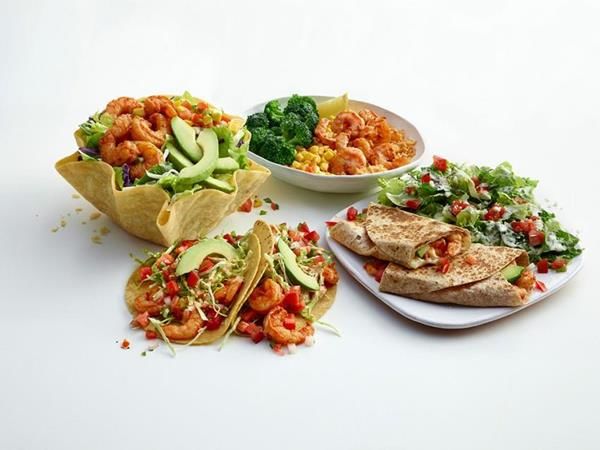 Katherine Pendrill — February 20, 2017 — Lifestyle
References: globenewswire & brandeating
Share on Facebook Share on Twitter Share on LinkedIn Share on Pinterest
With many fast food brands rolling out seafood dishes for the Lenten season, El Pollo Loco has debuted four new menu items made with its signature Baja Shrimp. With options ranging from hearty wraps to lighter fare, the new shrimp dishes are perfect for nearly any time of day.

The new seafood dishes from El Pollo Loco include four signature entrees made with the chain's tasty Baja Shrimp. Before cooking, the chain marinates the shrimp in a aromatic blend of chipotle chilies and garlic for added flavor. The shrimp are then served up several different ways, including in a wrap with roasted baja creme, alongside rice and broccoli in a bowl, on top of crisp-fried tostada shells or in the form of tacos.

With so many ways to enjoy the flavorful shrimp, El Pollo Loco is giving customers a wider variety of options for the Lenten season.
0.5
Score
Popularity
Activity
Freshness
Get the 2021 Trend Report FREE