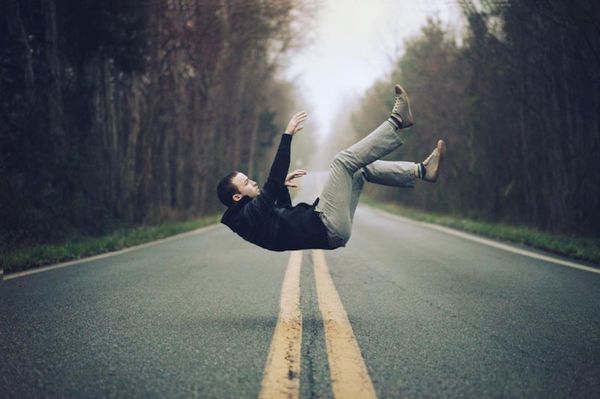 Floating balloons, rocks and bicycles are all present in Levitation. Together Rivera's subjects hover just above the ground, be it amid forests, pavement or backyards. The backdrops aren't the primary focus of the project however as the focus is certainly Rivera's evident fascination with the ability of humans to hang in the air almost effortlessly.

While Rivera has taken these pictures in everyday settings, the persons he captured were alone, speaking to his interest in solitary moments.
6.9
Score
Popularity
Activity
Freshness
Jeremy Gutsche Keynote Speaker

Gravity-Defying Homes
This Upside-Down Home is Located in Russia