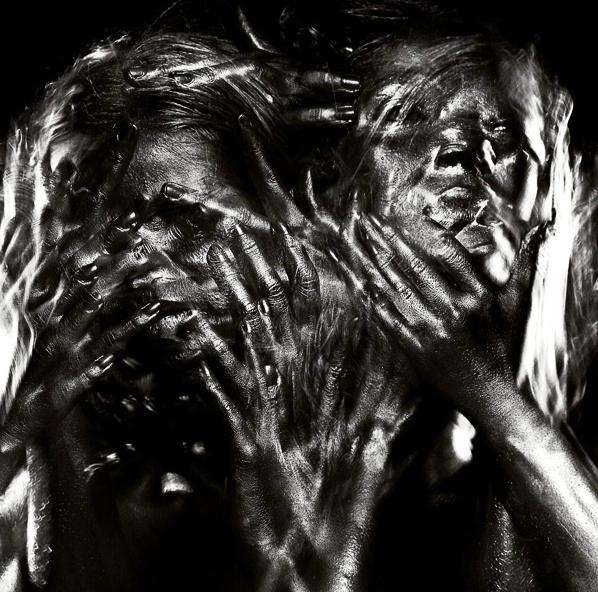 Jason Soy — February 21, 2012 — Art & Design
References: bagradbadalian & designcollector.net
Share on Facebook Share on Twitter Share on LinkedIn Share on Pinterest
Bagrad Badalian is known for still frames with models revealing plenty of skin, but he does this in a way that isn’t sexualized. Instead, his photography is highly provocative, while still highlighting the beauty of his models’ physical attributes.

In this series, which Bagrad Badalian titled ‘Instant Insanity,’ the Brussels-based image-maker once again has his models disrobe, but the resulting pictures may unnerve viewers more so than titillate. Through digital collage, Badalian depicts a room with overlapping contorted bodies that are highly difficult to distinguish. It forces audiences to strain their eyes. He then offsets these pictures with portraits of people with multiple hands gripping at their faces in a nightmarish manner. Badalian once again applies digital filters and manipulates the photos until viewers feel as though they’re looking at a disturbing hallucination. It's no wonder why he named this collection after a mental condition.
4.8
Score
Popularity
Activity
Freshness
Get Trend Hunter Dashboard