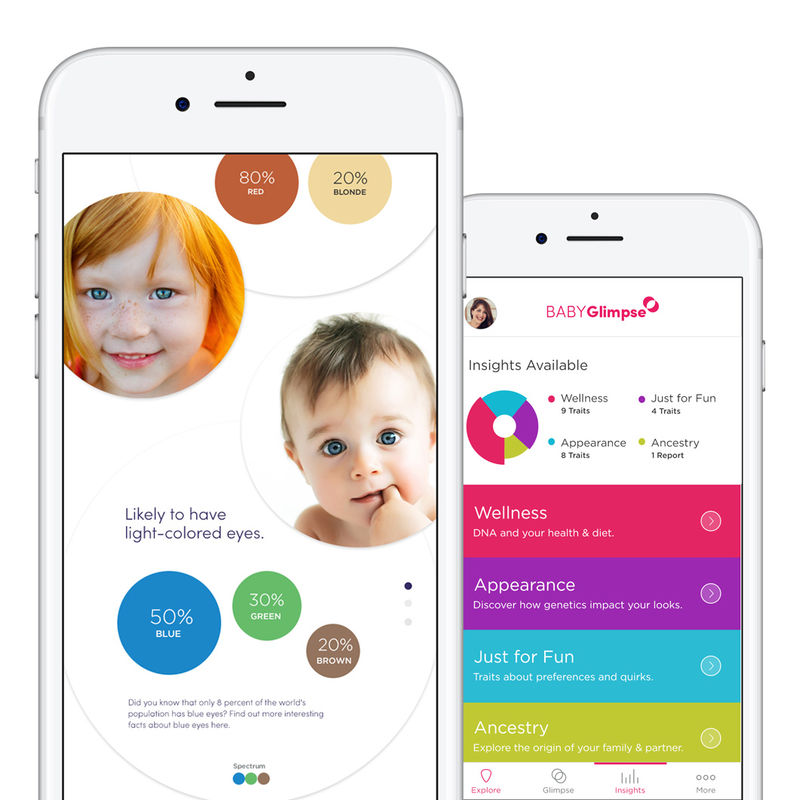 Joey Haar — October 18, 2017 — Tech
References: humancode & digitaltrends
Share on Facebook Share on Twitter Share on LinkedIn Share on Pinterest
Genetic testing is rapidly becoming an affordable way for people to learn about their health as encoded into their DNA, but 'BabyGlimpse,' a new product being offered by genetic testing company HumanCode, provides genetic testing for the hypothetical children that couples might have in the future. The feature, which can be accessed through an app, gives predictions for the genetic traits of offspring based on the genetic samples that it receives from prospective parents.

To be sure, nothing is guaranteed as far as BabyGlimpse's predictions are concerned. It takes saliva samples from both parents and sequences them, so it's indeed based on science, but there's no way to be completely accurate when dealing with a non-existent child. Should both parents have very apparent dominant and recessive genes, it will be able to make accurate predictions, however.
2.4
Score
Popularity
Activity
Freshness
View Innovation Webinars