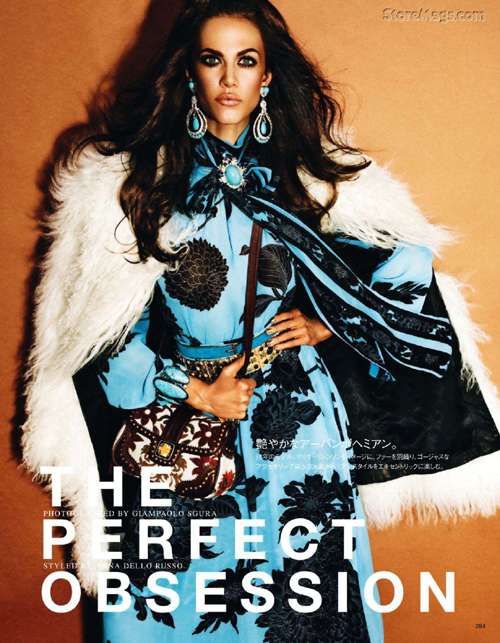 The Aymeline Valade for Vogue Japan December 2011 Spread is Gorgeous

The editorial spread, titled 'The Perfect Obsession,' was photographed by Giampaolo Sgura and styled by the one and only Anna Dello Russo. Valade is outfitted in the most luscious furs and fabrics from the top labels in the world, such as Chanel, Pucci, Yves Saint Laurent, Valentino, Fendi, Dries Van Noten, Louis Vuitton and Rochas.

The Aymeline Valade for Vogue Japan December 2011 shoot is more than just a pretty photo spread; it truly represents the return of glamor in the fashion industry during a time where minimalist brands like Celine and Chloe have taken over.
4.7
Score
Popularity
Activity
Freshness
Get Trend Hunter Dashboard