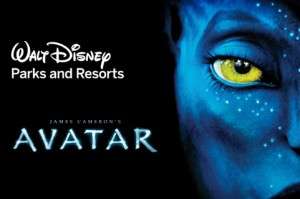 Omar Yusuf — September 22, 2011 — Art & Design
References: deadline & io9
Share on Facebook Share on Twitter Share on LinkedIn Share on Pinterest
Avatar Park will turn the fiction of James Cameron's other-worldly film into a living, tangible reality. This news should come as a delight to the thousands who suffered depression after realizing that Pandora wasn't real...at least for the time being, anyway.

As part of an exclusive agreement between Cameron's Lightstorm Entertainment, Disney and Fox, a new Avatar-themed jungle will be constructed within Disney World's famous Animal Kingdom. The involved parties have explained that the eco-conscious ethos of the film and the harmonious theme of the Animal Kingdom make Avatar Park an easy addition to the funfair. With the final plans still pending, fans are left to wonder what exactly Cameron and Disney's world-famous designers will come up with.

With construction set to begin sometime in 2013, it's best you keep the amazing news from your children for now. Otherwise, "are we there yet" will be all you hear for the next two years.
4.1
Score
Popularity
Activity
Freshness
Attend Future Festival