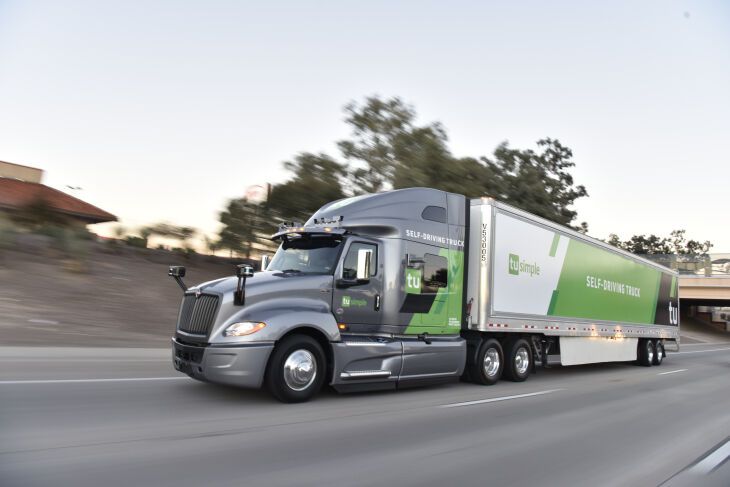 Tusimple and Partners Will Create a Network for Autonomous Trucking

Daniel Johnson — July 3, 2020 — Autos
References: tusimple & techcrunch
Share on Facebook Share on Twitter Share on LinkedIn Share on Pinterest
TuSimple, the autonomous trucking startup, released a plan to create a network of routes and terminals that would be purposed for self-driving trucking. According to the plans, the autonomous trucking network would extend across the entire United States before the year 2024. Additionally, a number of other organizations will partner in the autonomous freight network, including UPS, U.S. Xpress, Penske Truck Leasing, and a supply chain company named McLane Inc.

The autonomous freight network would contain four main components to successfully function, including autonomous trucks, digitally navigated routes, and freight terminals. If successful the network would drastically reduce transportation costs, as well as increase efficiency, as the trucks could be running at all times year-round.