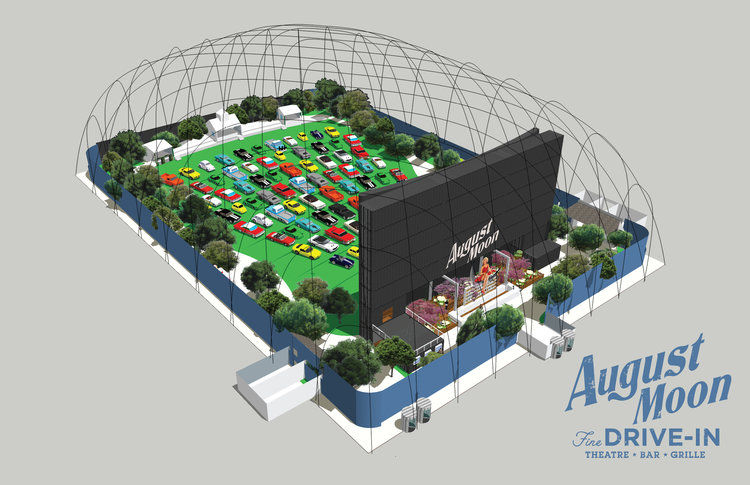 Nashville's 'August Moon' is Slated to Open in Spring 2018

Joey Haar — January 12, 2018 — Lifestyle
References: augustmoondrivein & variety
Share on Facebook Share on Twitter Share on LinkedIn Share on Pinterest
Drive-in movies used to be a standard in the film industry, and the upcoming 'August Moon' theater concept will aim to recreate the heyday of that concept. The miniature indoor theme park, which is slated to open in Nashville in the spring of 2018, will strive to replicate heading to a drive-in movie on a summer night in the 1950s, with vintage hot rods on location and available for guests as well as cozy picnic blankets spread under the (artificial) stars.

August Moon will indeed be an indoor drive-in experience, with a covering similar to the bubbles frequently used for tennis courts or driving ranges in the winter. However, the park will project a simulated starry sky onto the interior, giving patrons the feeling of sitting outside on a summer night.

The park's 1950s nostalgia spreads beyond just the vintage vehicles, too. It will play many vintage films that rarely screen in theaters today, and its on-premises dining area will serve artisan takes on retro American fare like milkshakes and burgers.
5.8
Score
Popularity
Activity
Freshness
Jeremy Gutsche Keynote Speaker