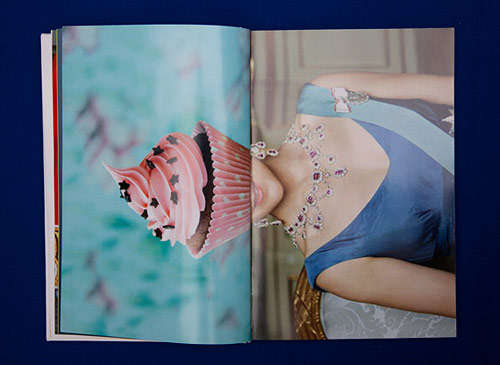 Gil Haddi — December 4, 2012 — Art & Design
References: aude-debout.fr & booooooom
When it comes to the combination of seemingly unrelated photographs, no one does it better than Aude Debout in his book The Fat-Fat Club. The artist manipulates the photographs of iconic American people and landmarks, including the White House, the Empire State Building and even Princess Diana, and cuts off the head.

The tops of the images are then replaced by scrumptious food items, including cupcakes, pancakes, hotdogs and more, that are aligned perfectly with the bottom image. This integration of food and American imagery is making a statement about how the country is thought of in relation to food and health.

The Fat-Fat Club by Aude Debout shows a connection between cuisine and Americana.