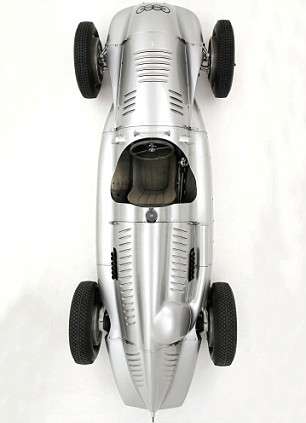 Andrew Robichaud — June 2, 2009 — Autos
References: dailymail & bornrich.org
A piece of history will be purchased on August 14, 2009, at Sale of Exceptional Motorcars and Memorabilia.

The German Grand-Prix winning vehicle (won in 1939), the Auto-Union D-Type Racer, will be up for auction with an expected amount of over $5 million to be the ballpark for the final bid.

The D-Type Racer features a 485hp V12 engine (remember, it’s 1939) and happened to be Adolf Hitler’s favourite car (decrease or increase of value?).

The car was magnificent for its time and hopefully gets the monetary recognition it deserves.
2.5
Score
Popularity
Activity
Freshness