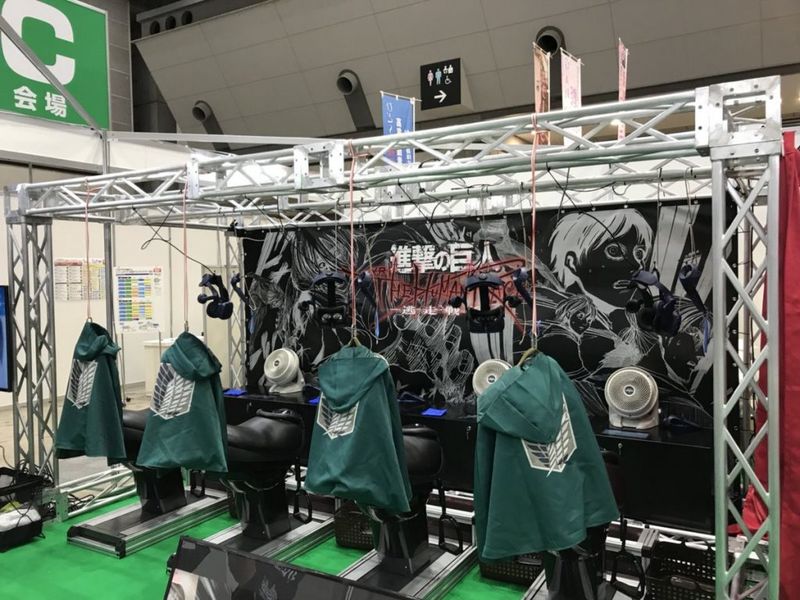 The Attack on Titan VR Will Pit Teams Against Massive Monsters

Justin Lam — October 23, 2018 — Tech
References: venturebeat & uploadvr
VR headsets are becoming staples of modern arcades and thanks to Siliconera, Sony Music Communications and Taito, gamers can now experience Attack on Titan VR. Centered around the massively popular anime series of the same name, this VR experience will support up to four players as they team up against the Female Titan character from the series. The Attack on Titan VR experience will be available in Tokyo at Ginza Sony Park.

The experience will be fully multiplayer and will support all four players in the same space. The set-up features four VR headsets next to one another, positioned above what looks like horse saddles. The VR experience also includes fans in front of the player's face to simulate the experience of riding a horse in the game.