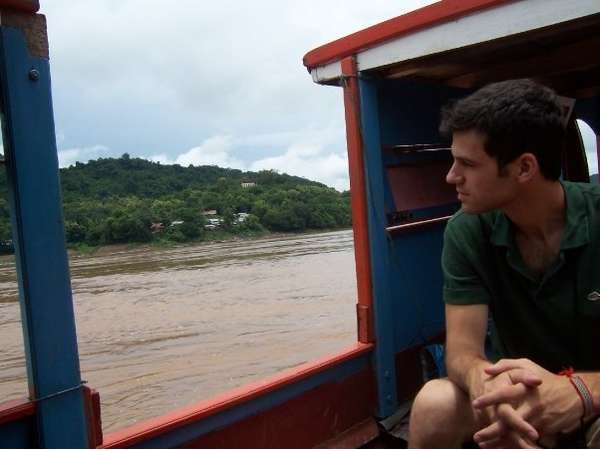 Bianca — November 15, 2011 — Social Good
References: venturedeli
Share on Facebook Share on Twitter Share on LinkedIn Share on Pinterest
We first got in touch with Assaf Weisz, Executive Director of Youth Social Entrepreneurs of Canada (YSEC.org), after we discovered the organization would be closing its doors this fall. Curious about what happened, and what direction the social entrepreneur was headed in next, we set up a call and learned that Assaf had co-founded a business called Venture Deli.

In addition to his experience at YSEC, the York University political science grad is a contributor to SocialFinance.ca, he's a board member at Operation Groundswell, and was a founding Board Member at Project Equity.

While the Venture Deli website isn't up yet (he's hoping it will be live by the end of 2011), Assaf says it hasn't created a barrier to success thus far, and that they are already up and running, working with clients, and even being mentioned in the media.

SocialBusiness.org is excited to share our interview with Assaf (@assafweisz on twitter), a true pioneer of social entrepreneurship:

1. How did the idea for the business model come about?
We were impatient. Social business as a paradigm shift was spreading quickly, but we saw it being applied piece-meal and felt pretty adamantly that coffee-shop social businesses were not going to change the world. Industry-leading companies might. So we founded Venture Deli to launch high-growth social businesses that disrupt systems of energy, education, agriculture, health and technology. That was the premise, but it's been by no means a paved road.

I wish I could chalk up the evolution of our business model to some sort of prescient wisdom, but in reality it was built more through iteration than through strategy. As Steve Jobs said, the dots only connect in retrospect. In a sense, as the market has opened up, we've listened closely to where and what type of demand is emerging, and gone after those openings pretty aggressively. And that's the way we've done it; one eye on our vision, the other on next month's cash flow. We believe pretty strongly that you don't create good business models, the market tells you which business models are good. Your job is to listen.

Over the next year we will continue our evolution by working closer with angel and institutional investors to help them find and capitalize great companies that matter to the world.

2. How did you decide to join this sector?
I had spent five or six years building traditional non-profits and it came to my attention one day that I was going broke. More importantly, I realized that it wasn't as though I was sacrificing monetary return for some depth of impact on the world. In the cyclical struggle for funding that is the life of a nonprofit, we had too few hands and resources to make the kind of dent in the world we intended. I noticed that businesses seemed better suited to making a dramatic difference - for good or bad - in the way we live our lives. Pragmatically speaking, if I wanted to make as big a difference in people's lives as fast as possible, business would be the car to get me there.


3. How do you get your inspiration?
Curiosity and roaming charges do wonders for inspiration. By that I mean I derive the greatest quality of inspiration from following my curiosity on any topic that I find interesting, without any regard to utility. I do read up on my field, but I find that inspiration comes most reliably from having a large mental library of seemingly useless information. Your brain will make the connection when the time is right. Your job is to populate its library shelves.

The second ingredient of fertile soil for inspiration is getting as far away from emails, notifications and buzzing noises as possible. We are so over-stimulated in our society that it must consume a significant portion of our brains' processing power just to keep up. I take a lot of walks through quiet side streets. Travelling is also great for this because roaming charges prohibit constant communication.

4. How do you reset yourself to be creative? Do you have any rituals?
Every Saturday at our company is LMTFA Day. That stands for Leave Me The... you'll figure out the rest. It's our day to recharge. I use it for personal errands, or to do nothing at all if I want - free from guilt. Mostly I seek out other sources of stimulation and try to exercise different parts of my brain than I do every day. Every entrepreneur needs their own routine. Working long hours is somewhat of a right of passage in entrepreneurship, but it's not a sustainable approach in the long run without some counterbalance.
4.5
Score
Popularity
Activity
Freshness
Get Better and Faster