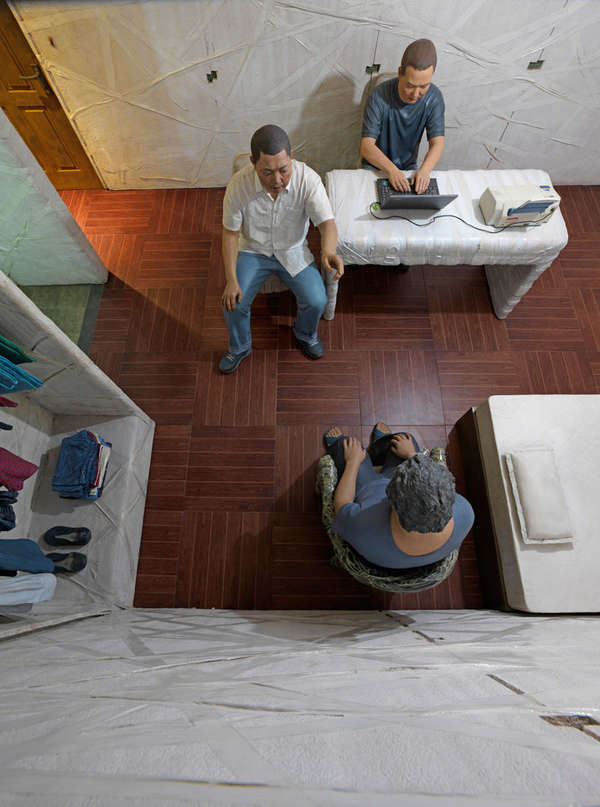 Being incarcerated for 81 days isn’t an easy thing, but Ai Weiwei decides to turn it into a type of autobiographical art instead of putting it behind him. He takes a tough real life situation and turns it into art.

Each room in this intriguing installation is incredibly small, but they are apparently close to the size of the actual detainment rooms Weiwei was confined to a few years ago. This brave installation reveals the terrible prison system that Weiwei was subjected to. He also reveals the terrible conditions of his time spent in captivity by way of extremely detailed art.

Artist Ai Weiwei makes a kind of silent protest with this installation that somehow speaks louder than words ever could.