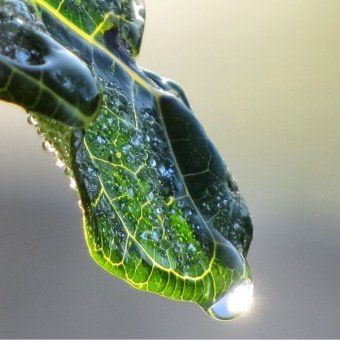 Cadhla Gray — August 25, 2015 — Eco
References: iflscience & abc.net.au
Researchers at the Monash University in Melbourne, Australia have developed artificial leaves which use hydrogen and the power of photosynthesis to produce clean energy. Not only does this technology mimic the natural process of photosynthesis but it actually utilizes the sun’s energy more efficiently than nature itself. The solar efficiency of these artificial leaves is 22%, while the highest efficiency of other solar fuels so far is 18%, and plants come in at only about one or two per cent.

The technology functions by running an electrical current through water, using nickel to separate hydrogen and oxygen, which produces hydrogen fuel -- a clean source of energy that doesn’t give off any carbon emissions.

With the increase of interest in renewable solar energy by the general public as well as private companies like Tesla and Google, this inexpensive and zero-emission technology shows great potential for future fuel alternatives.
5.8
Score
Popularity
Activity
Freshness