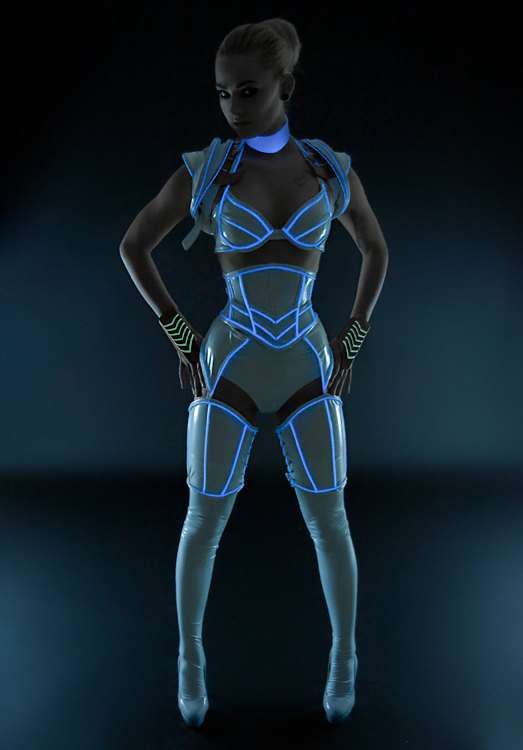 Jason Soy — August 14, 2011 — Tech
References: etsy & ufunk.net
Share on Facebook Share on Twitter Share on LinkedIn Share on Pinterest
These snazzy Halloween costumes by Artifice Clothing are so good that they could have been used on the set of Tron. Who doesn't want a costume that glows? It would make you the life of the party in a dark nightclub.

Artifice Clothing is a Toronto-based company that specializes in far-out costume designs, but this Tron piece definitely takes the cake. When seen in the light, the costume is a sleek and sexy all-white piece, but I think everyone really wants to see this thing in action in poorly lit locations.

Implications - The rise of geek culture has brought practices that were formally socially shunned, like cosplay, into the mainstream. Companies that recreate signature looks from movies, comic books and television series will appeal to this growing, upwardly mobile market.
6.1
Score
Popularity
Activity
Freshness
Get Better and Faster