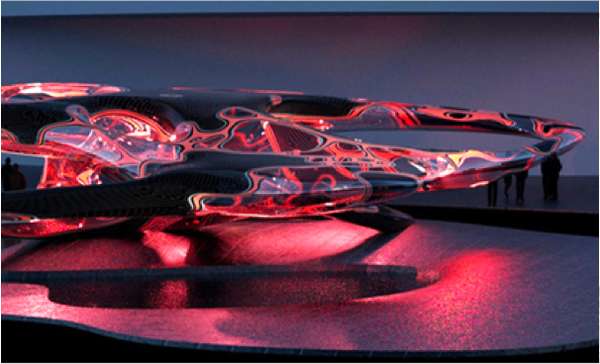 Amelia Roblin — September 5, 2011 — Art & Design
References: emergentarchitecture & suckerpunchdaily
Influenced by the tendencies of the human brain, the Artic Mass-Painting installation invites thoughtful consideration. Commissioned by the city of Anaheim, California, the Emergent design office strove to create a spellbinding sculpture that explored the relationship with object, perception and mental processing.

This challenging task was enhanced with an additional layer of complexity, established through the integration of two and three dimensions which composed a complex architectural entity. The subject is an abstract mass that begins to dissolve and disintegrate while simultaneously asserting its existence, seeking to be mapped out in the mind.