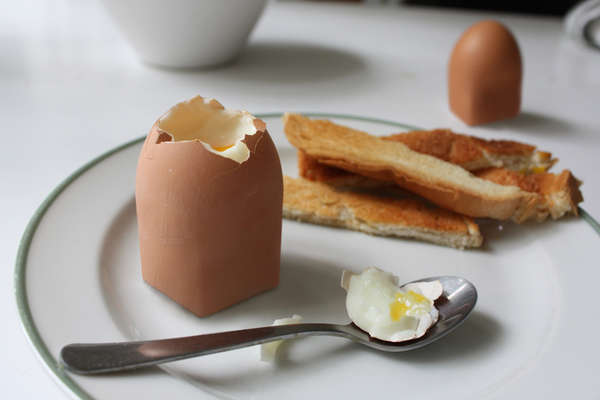 The Art of Dominic Wilcox is Eccentric Genetically Modified Food

Tia Clarke — February 22, 2013 — Art & Design
References: designboom & mart.trento.it
British designer Dominic Wilcox presented his latest series of work at the Contemporary and Modern Art Museum of Trento and Roverto (Mart) in Italy. The art of Dominic Wilcox features eccentric imaginings of genetically modified foods like an all-in-one egg-cup shaped egg, fish bred with hooks attached so they could be caught easier and square-shaped peas to stop them from rolling off your plate.

The novel art of Dominic Wilcox was created as a wry look at the advantages and disadvantages of genetically modified foods and the weird and wonderful implications it could have on your diet in the future. The quirky exhibition also poses political issues, like what chemicals could be used in GM foods in the future? And how exactly would a hen go about laying a square-shaped egg?