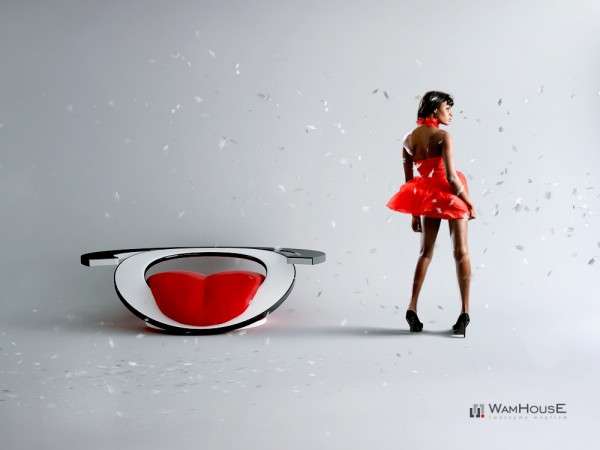 Meghan Young — February 23, 2012 — Art & Design
References: wamhouse & plusmood
Share on Facebook Share on Twitter Share on LinkedIn Share on Pinterest
Like a panting male suitor, the Armchair Paszcza appears to wag its tongue in a very lustful way. At least, that is what the studio shots portray by placing a hot model next to the exceptionally expressive seat. On its own, the Armchair Paszcza could easily be cute instead of carnal. Either way, the piece of furniture is imbued with human qualities.

Created by Poland-based design studio WAMHOUSE, the Armchair Paszcza boasts a boldly red cushioned seat that furthers the tongue analogy. The 'tongue' is contained in a solid circular embrace that is simple, sleek and contemporary. Playing with a lot of negative space, the Armchair Paszcza is abstractly architectural. An impressively playful creation, it would bring a lot of character to a variety of living spaces.
5.7
Score
Popularity
Activity
Freshness
Get the 2021 Trend Report FREE

Trunk-Strapped Seating
The Tree Bench Interacts With its Surroundings