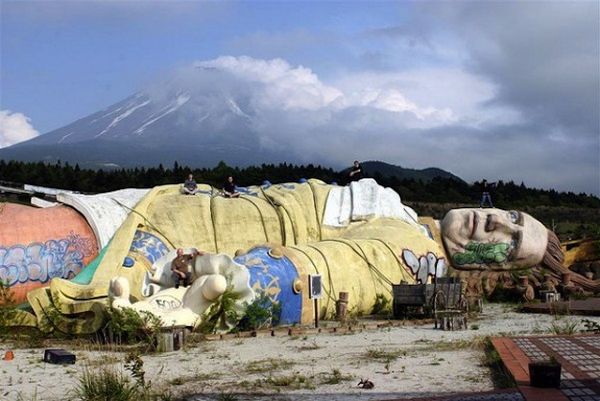 Meghan Young — April 2, 2013 — Fashion
References: oldcreeper & architizer
Share on Facebook Share on Twitter Share on LinkedIn Share on Pinterest
The Architizer Abandoned Amusement Park series is a curation of ghostly images that harks back to days of pure innocence. As though the series was a symbol for the death of childhood as people reach new levels of maturity, the images are sadly nostalgic and quietly mournful.

Captured by an array of photographer, the Architizer Abandoned Amusement Park series documents once fun-filled arenas found across the globe from Japan to Louisiana. A fallen tree is captured on an eroding roller coaster in Disney’s Discovery Island, which closed in 1999, while the large figure of Gulliver from Gulliver’s Kingdom in Japan has become a graffiti artist playground. It was shut down in 2001 due to low public interest.
2.1
Score
Popularity
Activity
Freshness
Attend Future Festival Virtual