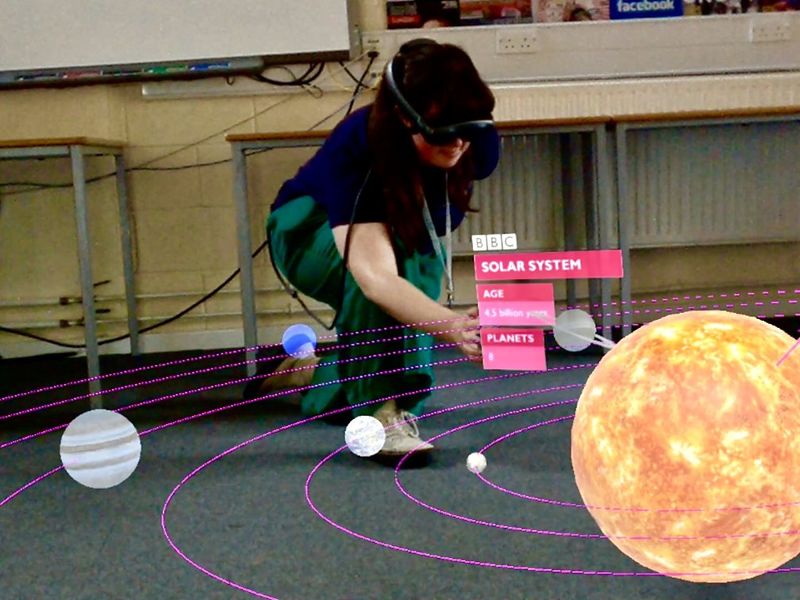 Kalina Nedelcheva — November 15, 2019 — Tech
References: bbc
As the possibilities that technology enables us exponentially grow in number, AR streaming becomes not so outlandish of an idea. In fact, the British broadcaster BBC is already experimenting with augmented reality in the streaming space. The quest is motivated by the desire to find new, cutting-edge ways to consume broadcasted content, as well as engage in effective ways of learning.

The AR streaming experiments are conducted in partnership with UK digital agency Inition and BBC's R&D team. As part of the mixed reality trial, the broadcasting company tested AR's potential in enhancing learning models through holographic animations of the solar system or a strand of DNA. In another instance, BBC also toyed with the idea for "a version of BBC News that floats in mid-air and a holographic big TV screen experience that lets you choose what to watch."